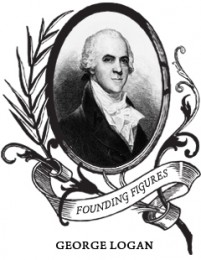 January 8, 2004: “Agricultural and Regional Issues under Consideration by Congress”

Biographical Sketch
A native of Tunkhannock, Pennsylvania, Donald Sherwood earned his Bachelor of Arts degree from Dartmouth College in 1963. His early career was in the automobile business. He began his public service by serving six terms on the Tunkhannock area school board. He was first elected to the U.S. Congress in November 1998. He served on the Armed Services and Transportation & Infrastructure Committees before becoming a member of the House Appropriations Committee. In January 2003, he was selected to be a member of that committee’s Subcommittee on Homeland Security. Now in his third term, Sherwood represents a newly redistricted area of Pennsylvania, which includes the counties of Bradford, Montour, Northumberland, Pike, Union, Snyder, Sullivan, Susquehanna, Wayne and Wyoming, and also parts of Lackawanna, Luzerne and Lycoming counties.

Presentation Summary
It is in our best interest to do whatever we can to maintain dairying as a viable business in the Northeastern U.S. In states like Pennsylvania, dairy farms used to be general farms where everybody did a little bit of everything. Now dairying is in the age of specialization. On many farms, one man raises the cattle, one feeds, and another one milks. It is harder for dairymen to make it here compared to the Southwestern United States where they can grow the best forages the cheapest — especially with subsidized water and cheap labor. We can grow good forages in Pennsylvania, but it’s hard to put them up in good condition because of our climate. It’s hard to turn off the water.

It would be a mistake, from a homeland security standpoint, to permit the dairy industry to concentrate in the Southwest and leave places like Pennsylvania. From a policy standpoint, we want food production to be spread out across the country so that attack in one area does not interrupt the whole system. I have been trying to protect the dairy industry by working on the Northeast Dairy Compact which permitted an enhanced pricing scheme in the Northeast. We were not able to get that through Congress the last time around and instead passed the Milk Income Loss Contract (MILC) program to help dairyman.

Under that program, when prices are down below the target price of $16.94 per hundredweight, the government will pay 45 percent of the difference between the prevailing price and the target. It’s also important to note that the program applies only to the first 2.4 million pounds produced by a dairy. That means 88 percent of the huge dairies are not covered for the bulk of the milk they produce. Pennsylvania ranks second only to Wisconsin in participation in the MILC program. It has been important to dairy farmers in Pennsylvania to get this support for the last 22 months.

As a member of the House Appropriations Committee, I traveled to Iraq in late September and early October 2003 to do some touring and fact-finding as I prepared to vote on the $80 billion appropriation to fund the war and rebuild Iraq. We flew from Amman, Jordan to Baghdad. As we flew over Eastern Jordan and Western Iraq, it was obvious there is nothing there but desert. But as we approached Baghdad, it was lush and green, with the blue-green Tigris River resembling the Susquehanna. Where the Iraqis had run irrigation, there was corn. It was obvious to me that the ancient Fertile Crescent has great agricultural potential.

Because of the precision of our bombing, the beautiful bridges over the Tigris were all intact, and there is very little collateral damage from the war. For me, the issue of whether we find weapons of mass destruction is not much of an issue. In my opinion, when we found Saddam Hussein, we found the worst weapon of mass destruction since Joseph Stalin. It is Hussein who destroyed Iraq. In 1955, Iraq had standards for public health similar to Western Europe. Today, the infant mortality there is about the same as sub-Saharan Africa. When we entered Iraq, we did not understand the extent to which everything would stop functioning in the country once Saddam was in hiding. That is because everyone in the country was directly dependent on him. For instance, every family in the country received a bag of groceries every week from Saddam. We destroyed that and caused chaos for a while. But now progress is being made and 80 percent of the people are glad to see us there.